No straight Ace to 10 there was no Q …Got put in a white screen with Cleo with Fingers Crossed on it ???Stuck on tis game for 7.5 hours and couldn’t go past 30 dollars or under 15 dollars…Then Symbols changing right in front if me I go to chat and they say hey here Is a $50 bonus??? But give me no explanation?

Then then let’s talk about RNG. Thats a joke .Let’s talk about all the $7 Jackpot and Go disconnects over last 2 weeks most not refunded.Lets talk about agents telling me do not play this casino it’d not good right now but let’s keep letting people deposit and take thier money!!! SCREENSHOTS 100S OF THEM.Your move I’ll wait…

There isn’t anything rigged about the site. All play is random and utilizes a random number generator. For any agents advising to not play right now it was due to connection issues but those had 0 impact on whether you win or lose a spin/hand. Over the last week you have an RTP of almost 94% in the Casino.

For any poker games you were disconnect in, please PM us the tournament details and we’ll be happy to look into them for you.

Explain 7.5 of some odd place that wasn’t Cleo but was Cleo

All white screen … Fingers dropped down crossed like when u cross ur Fingers behind ur back?

Explain 7.5 of some odd place that wasn’t Cleo but was Cleo

I’m not 100% sure I understand your question here

2nights ago I was playing Cleo it was regular old Cleo and then out of the blue the screen turned all white then it loaded itself back to a more brighter version of Cleo when before I started to spin a set of fingers Cleo’s fingers well they look like I guess cleos fingers they were big popped up on the screen as they if they were crossed like you do when you cross your fingers your middle finger in your index finger they went away and I was there for 7.5 hours and never went over $30 and never went under 15 is back forth 20 cent 40 cent 1dollar spins and I want to say there were some 2 Dollars spends in there 7 5 almost 8 hours of this check my gameplay u will see

Edited last post voice to text is silly,… I really thought I hit some big when this happened I really thought finally out of all the friends I’ve ever put my whole life in the Cleo I thought something big was about to happen it was the most strangest experience I’ve ever had in this casino other than me Cleo turn into all the numbers which is all in the first screenshots that I sent and then everybody still says that oh you got your 15 spins well no I didn’t but whatever because I’m done arguing with people $7 jackpot and go look at them over the last 2 weeks 3 weeks dude I’m still owed at least 10 12 of them I don’t know the tournament numbers dude you get kicked out and can’t get back in to get the tournament number I want to know about the screen though that’s the most intriguing thing that I want to know about why did that screen do that what did them fingers mean why were they crossed why did I say 7.5 hours and couldn’t go over $30 or under $15 what is up with that screen

I see you last session last night you were over $38

I will check your poker jackpots and get back you

@Matt The theory that the site issues are not related to wins/losses in casino is simply not true. If you research community feeds between here and the 3 other Curaçao E Gaming sites you’ll find many comments stating the same experience in Casino, myself included. There has been a direct correlation between games going completely cold up to 15ish minutes before an outage. Not just one game but every game I tried (which include several games in the “Most Popular” category. I trying nearly all bet amounts up to $40 a spin in some games. (Yes I was doing well before a crash and then SANK). Suddenly the game im playing in lags for two minutes or so then a complete outage. On ignition i wasn’t able to log in to the site during an outage nor the forum most instances.

There would be no way to determine the correlation between a site outage and the way the games payout if outages had not happened so many times in the two few weeks.

The experience the player above is referencing is not an isolated case! This is many people stating the same, I’m sorry but your response does not stand on it’s own.

I play this game way too much…Mostly Wheels and Reels XL… It is total BS!! Yes, I have had some big wins, and I don’t expect to win all of the time, but I do expect there to be some consistency. For example, I have played almost $2,000 in 2 days and only his one free spin for a grand total of $90… total shit!!! Unfortunately this game isn’t like a real casino that you at least get some wins. I burned through those dollars in minutes, not hours. Very disappointing… Get me hooked and now feel game is rigged. Don’t give me that shit that it is an algorithm and that’s how it works. Bullshit!!

I can’t help but feel like Ignition lowers our percentage of chances to win when the crypto market is as bad as its been.
This can’t last too much longer without being hit with a class action lawsuit. That I will 100% be putting my name on.

So, to follow up… I played Reels and Wheels…not XL but the one with 3 reels… I played a $5 bet and actually hit for the wheel for $500, which of course pays out your bet multipier…multiplier… so I won $2500. Played that down and went to another game I’d had luck on before… called Mythic something… has the 3 feathers to activate free spins and has the wolves… I hit for over $1400. Need that after spending a few grand over the last few days. Finally cashed out $2750. Just wish that was a quicker process 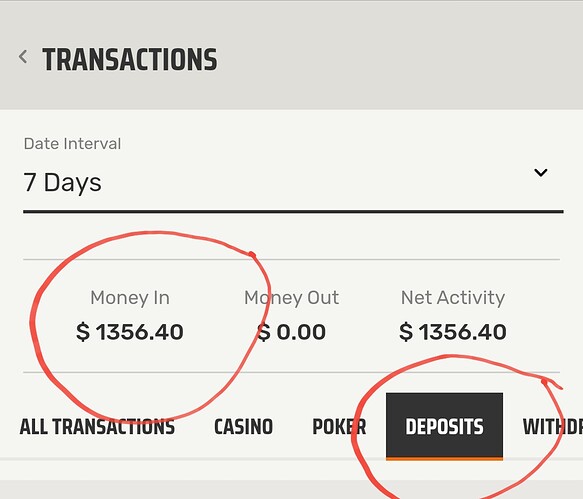 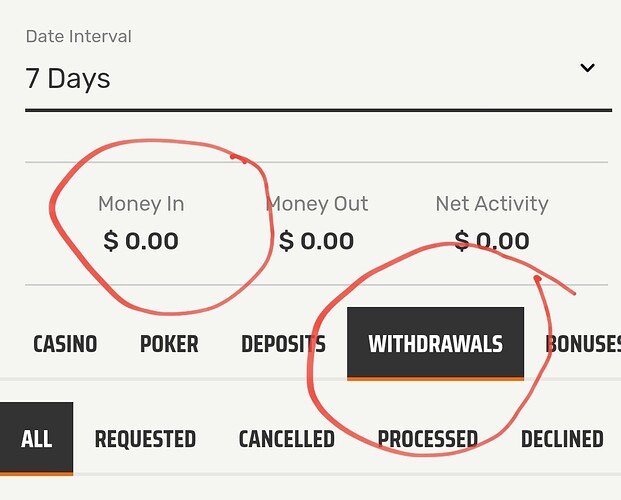 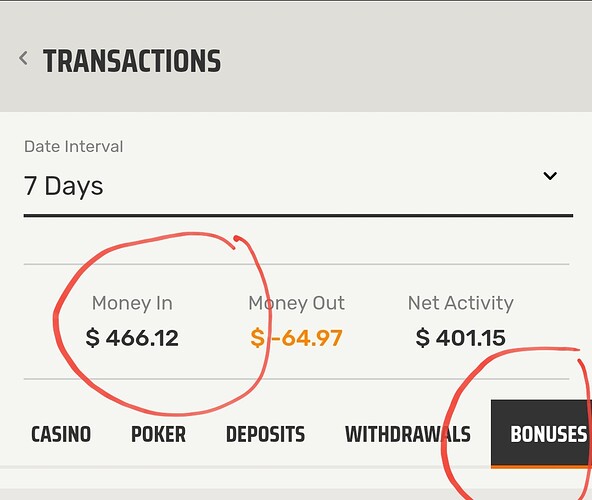 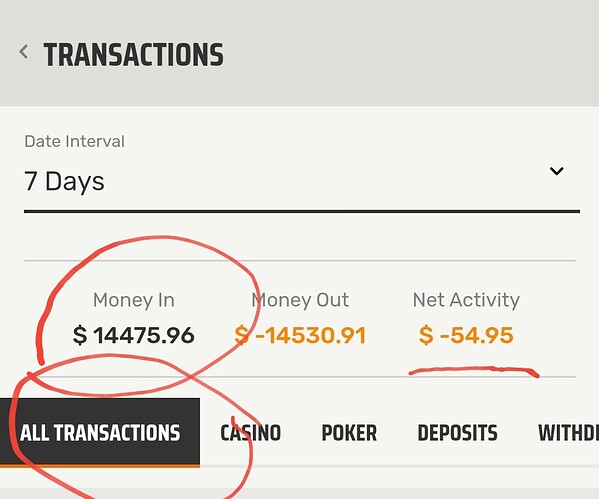 Screenshot_20220604-084342_Chrome1078×899 81.2 KB
I’m no math expert… but what the heck? I guess my playthrough isn’t high enough lol. It is sad to watch the decline of customer appreciation on this site. Things were finally getting better until these “site problems” occurred. It’s like they are punishing the customers that haven’t turned their backs on this site. I guess they are tightening up because of the amount of business that has been lost… I mean I wouldn’t know because customer service has never given me any clear answers… they pretty much tell me their system for bonus awards is top secret information or something. You would think the site could offer transparent fair bonus awarding. I have never seen any clear transparency and have been playing literally since the site opened. It is sad to watch the decline of Ignition. I try to remain hopeful but recently it has been very hard. I wish the continued loyalty was appreciated.
1 Like
BillboMcswaggin99 June 4, 2022, 9:39pm #17

Now give him his RTP with funds ONLY available to remove. Or better yet…Lets see mine. I routinely hit HUGE with Bonus money and then trash with real money. Whats my RTP ?