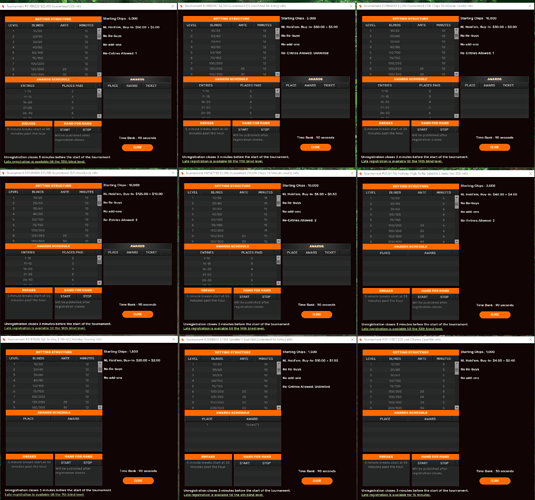 Of course, we’re always looking for ways to improve so thank you for continuously submitting your ideas. We’ll review this with the team and will get back to you as soon as we can.

This is another example of how the current MTT lobby lacks continuity. Some MTTs list blind levels or starting stacks in the titles while others don’t. It creates confusion and can cause people to think a MTT has a certain structure that it doesn’t have.

@DonkeyShow we appreciate the extra sceenshots and we’ll add it to our already ongoing investigation.

Event#60 which is a 6-max MTT isn’t listed as a 6-max anywhere in the MTT info or Lobby. It would be great if you guys could make all this info more clear from the MTT lobby. Also listing time levels and starting stack in the Lobby would be great.

We can assure you that this is something that is being looked at, and thank you as always for providing feedback and screenshots.

I entered this satellite that is titled as a turbo(6 min) but under tourney info it is shows it as a 12 min blind level satellite. 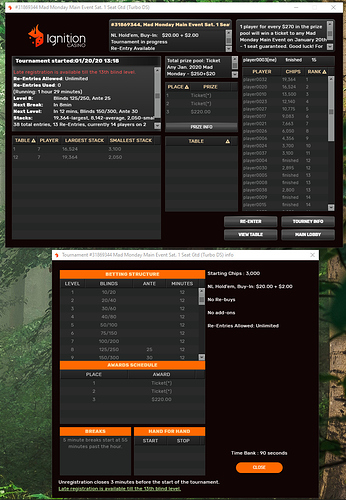 We’ve escalated this to our Poker Team, and we’ll let you know when they get back to us with some information about this tournament.

As always, thanks for looking out for whether our tournaments are labelled properly.

@DonkeyShow Just dropping in to let you know that this is currently being worked on. Keep an eye out over the next couple of days and let us know if you see this discrepancy again.

In scheduled tournaments under the Card Game filter I have Omaha Hi/Lo unchecked in order to hide them from the tournament list, but there is always one satellite for a nightly tournament that shows up despite it being an Omaha Hi/Lo game. Seems like a bug in the filter. I have attached a screenshot to highlight what I’m seeing. 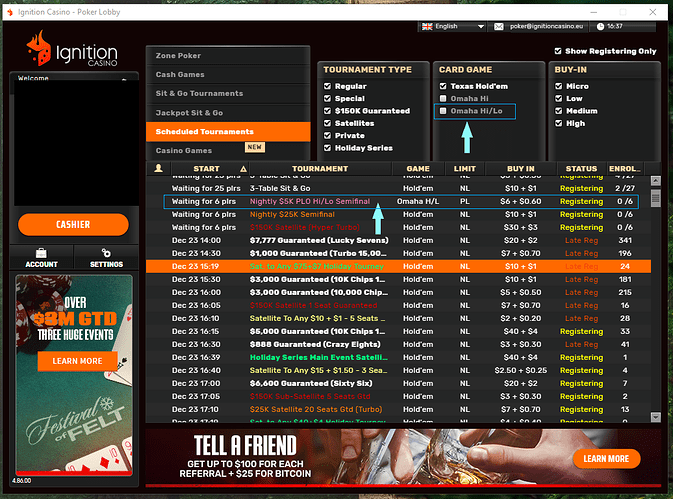 Right now some of the tournament descriptions list something like (10,000 Chips 10 Minute Levels) then another tournament will be listed (10k Chips Turbo). Why not save space and have them all abbreviated to 10k chips instead of 10,0000 chips? Why have some tournaments list exact time levels such as 10 minutes while others just say Turbo which in the past has meant either 5, 6, or 7 minute blind levels? Why have some tournaments titled SS or DS to indicate starting stacks while others list the exact amount such as 10,000 chips, while others make no mention of starting stacks sizes or blind length levels at all?

It would seem more useful to have the exact time levels and starting stacks listed in the title of the tournament in the Scheduled Tournaments lobby. Using color coded symbols is one way to do this. The current scheduled tournaments layout is kind of visually sloppy, disorganized, and the info listed for each tournament has no uniformity. It would be great if you guys could reorganize it so all tournaments list all of the same important information in the main tournament lobby. It would make it a lot easier and pleasurable experience for players to find the tournaments they want to play in, that have the structures they want to play, and reduces the chances of players entering in a tournament they assumed had a certain structure but actually had a different structure because all the important information was not listed in the main lobby.

I have seen a few poker sites that use color coded icons to indicate the length of blind levels, starting stacks, players per tables, or other important info about a tournament. I find this approach displays the most important info in the least amount of space and gives tournament lobbies a clean interface. The color coded icons can also display more details if the cursor is placed over an icon.

I am attaching a screenshot of a site’s tournament lobby that uses some color coded icons to show what I mean. I highlighted the area using the color coded symbols. 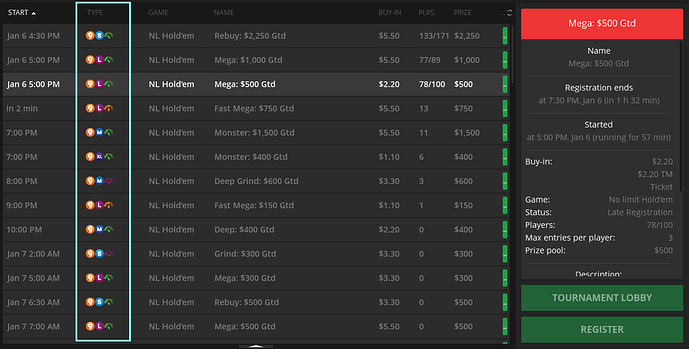 Also being able to register directly into a tournament from the Scheduled Tournaments tab would be more efficient than having to open up an individual tournament lobby window then register into it.

@DonkeyShow The color coding has been escalated for further review and title consistencies are something that are actively being worked on.

With regards to the filters, I’ll take a look into what’s going on and escalate further if needs be.

Here is an example today of a satty I played in that was titled as a turbo, but it actually had 10 min blind levels. 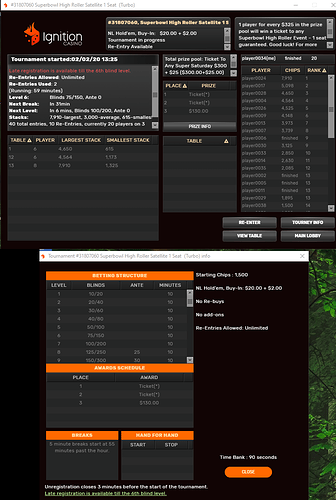 @DonkeyShow Thanks for pointing this out. I’ve escalated it to the relevant team and they’re working on preventing an issue like this from appearing again in the future.

I mentioned this two weeks ago but haven’t seen any change so I wanted to remind y’all that despite having the the Omaha Hi/Lo filter off in the scheduled tournaments it is still showing some Omaha Hi/Lo games.

These tournaments that appear on that section are highlighted tournaments and there wouldn’t be an option to filter them for the time being.

This satellite is marked as a sub satellite but has a $11 buyin to win a $22 ticket, but in the past these satellites had a buyin of $2. You may want to review the buy-in amount versus the prize ticket amount. 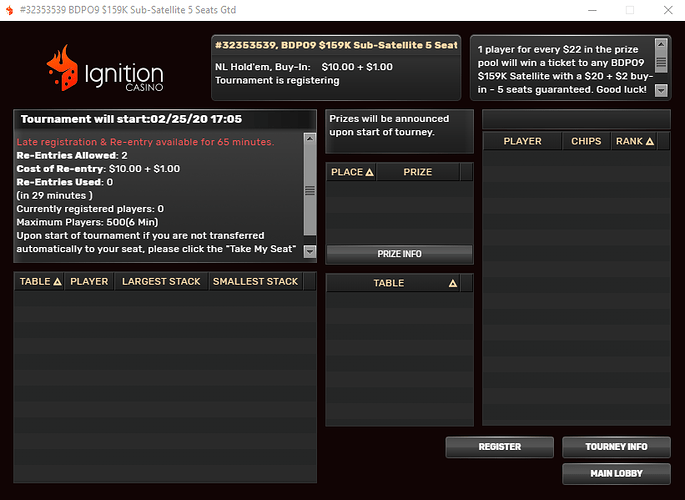 @DonkeyShow, we’ll take a look into this tournament and see if this was intended or not. We’ll have an update as soon as our Poker Team reaches out to us in regards to the structure of this tournament.

Thanks for providing this feedback to us.